fanofgame5,000+ posts
I come from a family of musicians. My brothers played drums and one still plays guitar. very good actually. Lots of fun reading all this. Thrit good for you Joplin wow , what a singer she was.
Love music have been to millions of concerts of great bands in my lifetime. But do have to admit i was a David cassidy fan when I was in 6ht grade.
How does the song go: I think I love you
so what I am so afraid of
Im afrid that Im not sure of
a love there is no cure for
Lol, come along theres a song to be singing to make us happy, whole lot of singing is what well be doing come on get happy
Honestly I did grow up and became a rock and roll fan. Althoug I must admit I had a country phase and one night in Lake Tahoe, as my brother held back the ushers, i ran on stage and gave willie nelson a kiss and got his cowboy hat.Crazy, but it was worth it, toooo much fun going down this memory lane.
3/25/082:47 PM
❤️ 0
spizzlepop1,000+ posts

quote:
Originally posted by OLDSLUGGER8:
CDAD, looks like we may need to Marshall up that Les Paul and find a Bass player.

Somebody needs a bass player? Whoa dude hold on! Give me a few minutes to tune up the 'ol Fender, dig up my chops, get my hair poofed find a decent wig, and squeeze into these spandex pants- where did I put that cucumber?
Spizzlepop is ready to rock baby.
Now... if I could only find the stage.

OLDSLUGGER81,000+ posts
Just got back from our 1st home game. Glad to say the boy came to the plate with his chosen song:

Krakatoa1,000+ posts
I've had Ted Nugent's Double Live Gonzo on tape in my family van's tape deck for about three years now. When the radio fails me and I'm tried of the CD collection, and I'm ALONE in that hawt Ford Windstar cruising the Army base, I like to listen to the live version of "Motor City Madhouse"......

And with my son off to San Antonio for college, of course I had to bump his cultural knowledge a bit by allowing him to listen to "Baby, Please Don't Go" and the infamous "San Antonio!! SAN ANTONIO!!......." denouement.

Also listen to the MC5's live "Kick Out The Jams" and "Ramblin' Rose" for some down-and-dirty rock 'n roll from the archives.

bluesky100+ posts
What a great conversation!

TR Hit, you and my husband would have a lot of memories to share.
He's a NYC boy and among other things worked at the Filmore East, Woodstock and roadied for The Who, and met/partied with Frank Zappa, Janis Joplin, John Lennon, Paul McCartney and a few others.
He's a musician and had a couple of local hits back in the day...he told me when he was in the states, he used his British accent to get the girls and when in Europe, made sure they knew he was from The City.

Like MN-Mom, my son's fall back plan is rock star

He plays guitar, bass and is learning drums...also is a good singer/song writer. He has several songs that his friends and team mates request that he play for them.

"Ok, if I am relegated to the background, I insist that we wear white go-go boots. And I demand to use Slicker lip gloss, under or over or even alone."

You Go, Girl! I can absolutely picture you in the white go-go boots and Slicker lip gloss!

Hey, I play violin, guitar and piano...will any of that come in handy? Actually I don't play any of them all that well, but "close enough for rock-n-roll".

Julie (Hey, I play violin, guitar and piano...will any of that come in handy?), I'm seeing you as Ian Anderson on stage......

Ian Anderson of Jethro Tull? I thought he had a wooden leg? Surely, Julie can do better than that

quote:
Originally posted by gotwood4sale:
I couldn't get Mom to show off much of her boots, but they're there...we know it! When it comes to boots she's "The one with the mad, mad taste."

TRhit10,000+ posts
No offense to anyone the lead backup singer will be Ronnie Spector from the Ronnettes and leading the Go Go Dancers will be Joey Heatherton
3/26/0810:09 AM
❤️ 0

quote:
I can see it now,....the first ever HSBBW reunion with its own HSBBW band!

Bet I could talk MN-Mom, play baseball, and a few other gals into putting together a few 8 counts combined with some back-ground harmonizing. ( aka: eye candy )

Would that be too funny or what?

What would we name the band?
Perhaps the HSBBW Bandits and Baseball Mom Babes
( Bullwinkle has in the past graciously called us moms that. - smart moose- that moose! Big Grin )

Ian Anderson of Jethro Tull? I thought he had a wooden leg? Surely, Julie can do better than that

Anderson had a wooden leg (Let's ask Woodster, he should know)? But he did that whole stand-on-on-leg-wiggle-the-other-about thing when he played the flute??? Actually, I was riffing on the violin thing. How many other rock n roll violinists are there?
3/26/0811:39 AM
❤️ 0

MN-MomHSBaseballWeb Owner
No, no, I wasn't offering to wear the white go-go boots, I was quoting play baseball! I have had the pleasure of meeting her in person, and the boots definitely would fit her personality...fun, cute, and a "kick" to be around!

Although itsinthegame has tried to pass off the Royal Crown Cola young lady as being me, he was joking on that one...I think.

itsinthegame5,000+ posts
The picture of MN-Mom as the RC Cola representative is true.

MN-Mom also sang with Elvis - wearing the boots as well.

Here is the proof:

I had no idea you had that last pic! I admit, that one is really me. In my dreams. When I was about 12.

Krakatoa1,000+ posts
Here are a couple of rock violinists: both can be found in your local download section:

Eugene Park, out of L.A.

Vanessa Mae is HAWT!!! In fact, let's have a couple more pics of Vanessa, shall we?

3/26/087:33 PM
❤️ 0
spizzlepop1,000+ posts
TR, I never did hear if you were a guitar man or a bass man. Has to be guitar...the belt buckle on the side is a dead giveaway. So what was it, Fender or Gibson? I'm guessing a Les Paul, a black one, with a full Marshall stack and a Wah Wah pedal. I betcha had a nice old Gretsch Chet Atkins too. Still got it? And one more thing...is that a bottleneck in yer pocket or are you really the Hoochie Coochie Man?

OLDSLUGGER81,000+ posts
This is Talent

I still remember the night when we were recording a young group that had a brilliant 15 year old guitarist---Jeff dropped by in the studio, he was recording in the adjacent studio, and heard the 15 year old play--he asked if he could talk with the boy--he went into the studio and showed the young man a few licks---great night
4/30/0810:50 PM
❤️ 0 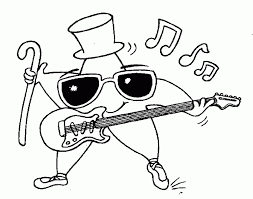 TRhit10,000+ posts
WOW this thread keeps coming back from the dead and Old Slugger the Beck post really brought back memories---I recall being in the studio with a young group, they had a 16 year old guitartist and Beck was in the building--he heard about the kid and dropped in--next thing I know they were jamming in the studio on MY TIME---great memories and I am sure the kid still has them as well

I thought I would bump this thread to contact any old timers/other posters that may have missed the recent thread on TRhit:

Who Is The Best Travel Program In NJ?
7 minutes ago
Big 12
2 hours ago