is hosting their camp the same weekend as Headfirst is in November.  A lot of the same schools are attending both.  We had planned to go to Headfirst, but now I'm wondering....  Son is 2018 SS playing on top regional team competing nationally; also has the academic chops.

Any experience on this board with attending both?  Pro's & Con's, differences?

Thank you all.  Hope you've enjoyed your summer.

I know you said target colleges will be attending both events.  I'd ask the specific college coaches (your son is most interested in) which event is the "best fit" for your son to see what they say.  Most likely the HC will be attending one event and the RC may be attending the other event for any particular college in question.  Possibly one of those HC coaches has already seen your son and it may be beneficial for your son to be seen by the RC coach (for example) of the same school.   Just a thought.

Hi Gov- As a background my son has attended both Showball Mega twice and HeadFirst once. He went to Headfirst Long Island summer before his junior year and Showball Mega December of his sophomore and junior years. The switch from December (Ft Myers) to November (Lakeland) in Showball is new. Compare the prices HF($995) for 58 coaches so far to Showball ($795) with 90 coaches. Showball Mega Camp usually has about 225 prospects, while the HF in Long Island seemed like more. I thought the coaches were more accessible in Showball than HF. Maybe my perspective changed as rain occurred during 1 of the 2 days of HF. I liked the parent recruiting talks in each, which in both cases were given by coaches where my son had interest.

I believe in both showcases, hitters start out with that dreaded 1-1 count. All things considered, my decision would come down to which showcase you'll get more bang for buck. Which schools have shown interest in your 2018? Which schools has he reached out to?  What my son and I used to do is print out a list of those schools/coaches in attendance and highlight schools where one or both parties have interest. Maybe Tufts, Lehigh, or William and Mary are schools you have vetted...they are scheduled to attend both. MIT and Holy Cross are also due to attend both, and the same coach is listed on both sites!! (Hard to do when the showcases are 156 miles apart, unless they split days.)

Showball did have some interesting colors of the rainbow for some of the team uniforms. In the part, Showball also assigned a specific coach to "follow" son and record all measurable and give a rating that is given to you and discussed before you leave. Headfirst did not do this. I think if my son had not asked his 60 time at HF as he crossed the line, it would be hard to find; I don't recall seeing them posted. Again, my decision would be based on WHICH SCHOOLS are there. Don't know if your son has a secondary position outside of SS, but I remember at HF son pretty set at MI though I think he may have had some time at third. WAs easier for him to dual position (MI/CF) at Showball or even UA Top 96. As mentioned many times on hsbbweb, make sure those schools know you are coming so that your 2018 can be a name on their preliminary clipboard that they can be on the lookout.  Good luck, Gov.  Feel free to PM me.

P.S. I also notice an absence of military academies at these showcases. This was not the case in the past.  Fe

Have done both camps in the past. Both accomplish much of the same, perhaps HeadFirst a little more organized and do hand out a book with all coaches attending. There may also be more Assistant Coaches at Showball. Keep in mind similar schools are at Showball's Academic Camps.

Really appreciate the feedback guys. It threw me off that  a few of the same colleges coaches were saying they'd be at both, when they are 2.5 hours apart.

Fenway, I like your idea of calling the coaches and asking their suggestion for best fit.

Son was able to meet and put on a good showing for Brown, Harvard, and Dartmouth coaches, and he hopes the Stanford coaches, at the recent Stanford All Star Camp.  Plan is get him in front of them again soon.  We opted for November HF (possibly) because of the emphasis on rising seniors at the August HF camps.

Smoke - what's the latest w Kai?  PM me if preferred

Hello all, just thought I would add in my two cents. I've had two sons (and now my softball playing daughter) go through this process. My boys attended both HF and Showball, but I will not be sending my daughter to the Showball softball camp.

HF has always been better organized, and frankly, they play more baseball. If you look at their schedules, HF has more programming (2 more full games, I think). This extra time with these coaches is vital. HF also had coaches talk to the entire camp about what they look for in a potential recruit. It was very interesting to me and important for my boys to hear.

Recently, I called HF and spoke to a guy who graduated from Pomona. When my son's we're going through the process, I spoke to a guy who went to Haverford and another who went to Amherst. These are the types of school's my kids were/are looking at and the HF guys were able to provide a lot of insight. I never heard of the schools the Showball guys went to. HF has people who went through this exact same recruiting process (and apparently many full-time in their office who are alums of HF). HF gets it, Showball just felt less genuine.

All of that said, when picking the right event, it has to come down to which coaches in attendance. I did take a look at the online coaches list for both of these camps in November and Showball definitely has more. But their list seems fairly diluted with "non-academic" schools (I saw several community colleges). That's not say your player wouldn't benefit from going to one of those schools, I'm just saying if your son is a high academic ballplayer with the goal of getting a world-class education, Showball is NOT the right event for you.

I know I'm coming off like a HF fanboy, and lord knows HF gets enough positive reviews on this site. I just wanted to share how I felt about the differences between these two camps.

GOV - If you do end up attending HF in November, make sure to track down the owner, Brandon Sullivan. I had many chats with him at camp and he more than anybody helped me understand the recruiting process.

Lots of good advice here.  As highlighted by many, go where the schools on your son's vetted (both academically and athletically) will be.  These vetted schools are a "possible" fit and your son is marketing himself to them.

And as Smoke said, going in the November prior to son's Junior season is ideal for getting on coaches' radar.

When showcase / tourney conflicts arose, my sons contacted the coaches to ask who will be there for each school on his list.  HC and RC are the key.  We stumbled early on with my 2012 and went where there was a lot of volunteer assistants.  Many of these coaches are great guys, but generally have a lot less clout/input in the recruiting process than the HC and RC.

Lastly, I love HF.  One of my sons worked for them this Summer.  Great organization.  And HF was highly influential in both my boys' recruiting efforts.

Speaking from personal experience of a 2017 going through this now, I would argue for the Showball camp over this HF camp if your son is Junior this year.  A quick glance of the list shows more D1 schools at Showball, which if that is your son's goal, start with the D1's first and then move later into the D3's.  Of course if his goal is to go to an elite D1 like the Ivy schools or the elite D3's, I would agree that HF would be my first choice.

The timing of the HF camps in June in Sacramento works best for a kid who just completed his junior year.  We did that and my 2017 got a lot of interest from the D3's that were there.  From what I've seen and experienced, that is about the best time to start looking at the D3's.  No interest from D1s by Summer going into Senior year means it is time to change expectations and start looking at the other divisions.  But Fall of Junior year is a great time to start getting a read from the D1's to see if you can generate interest over the coming year.  Then by Summer you should have a pretty good idea where your son stands.

Another important factor is to remember that most Juniors will not have their ACT or SAT scores by this November date.  For the academic schools, they might be interested in a high GPA, but they really get interested with the high test scores.  Again, if your son is certain to be high academic and can get into the elite schools, then starting now with HF might be best.  But otherwise, cast a wider net at Showball and then narrow it later if you have to.

The comments have been very helpful.  Thank you all.

Need a cool name
7 minutes ago 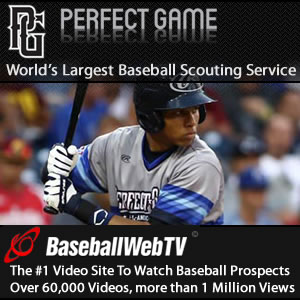