It's a Monday through Friday tournament that doesn't require you to stay at a hotel - the working parents nightmare - the week-long weekday commuter tournament.

When is it reasonable to expect the schedule to be released? Related, at what point is it rude and inconsiderate of the tournament director to finally post the schedule?

Reasonable?  Given that "deadlines" to register by are often well in advance of most tourneys, I'd say 1 week prior to game 1 is reasonable.

But having a kid play travel ball since age 8, I know "reasonable" is almost exclusively a pipe dream.

I'd consider 90%+ of the schedules I've gotten over the years to come at times that I'D consider to be rude and inconsiderate.  But also par for the course.  Given that tourneys exist solely to make money, late additions to the field will almost always be accepted and with them, necessary logistical changes.  We're all trapped rats and the tourneys know and exploit that whenever it'll benefit them.

This thread cracks me up. When I joined this site in 2016 comments like these would cause a firestorm. I found that out firsthand after posting about the joke of an experience that it was to attend the PG South National Showcase in Houston. Comments came out of the woodwork that blasted me for saying anything critical of PG. Others had the same experience.  It seemed to me that HSBBW was a big focus group that provided feedback (thru posts) on the PG product and experience.  I know (from talking to long standing members) that years ago Jerry Ford helped a lot of people get exposed to baseball opportunities. But PG has become big business and IMO now it does next to nothing to help most (as in 80%) of the players that participate in their events. The top 10% don’t need any help advancing their careers and the bottom 70% of participants can get to JuCo or D3 w/o PG if they are good enough players. It’s only the 20% or so after the top 10% that benefits from the PG model and that group is subsidized by the bottom 70%. The same as most big travel ball orgs - and an unproductive use of time and resources for the overwhelming majority of prospective college players. JMO

I agree with you 100%.  No, maybe 80%.  I agree that PG does nothing for recruiting for 80% of players.  I do think, though, that competing in summer tournaments against good players is helpful for college players at any level, even at D3s, if you want actual playing time when you get to college.  If you have faced future P5 pitching and done well, it gives you confidence.  If all tournaments were strictly stratified by perceived ability (i.e. college commitments), that wouldn't happen.

Also, this post wasn't about PG, as such.  My son's travel teams played mostly in non-PG tournaments, and they all had the same frustrations.  The smaller tournaments were often worse as far as organization goes.

Through 16u (age fifteen) the team I coached played mostly ECTB (Allentown PA), Diamond Nation (Flemington NJ), Sports At The Beach (Rehoboth DE) and Ripken (Aberdeen MD). We knew where we would be what weekends. But we never knew the actual schedule until Wednesday.

17u ball was up and down the east coast from MA to FL and Ohio. Once again, we knew when and where when the season began. But the schedule we never knew until that week.

Yep, Tuesday or more likely Wednesday has been our norm more times than not.  If you get the schedule on the Monday, then that tourney really has their poop in a group!

Anything less than a week before the first game is just ridiculous.  Sure, stuff can happen and result in changes.....team drop out, schedule mistake, etc, but there's no reason a schedule can't be done at least a week out.   That being said.....in most cases you'll be lucky to have it by Tuesday for a tourney that starts on Friday lol

The DN sched is out. Unfortunately my kid will only make the Mon and Thurs game.

Look to your elder, people. Let him be an example.
13 hours ago

LHP
1 day ago
Ghosting or something else?
1 day ago
Happy birthday!
2 days ago 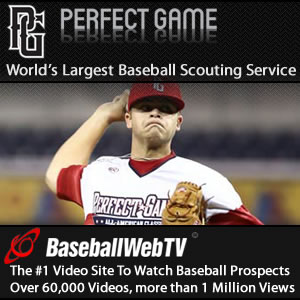